I’ve been lucky enough to go on two amazing holidays in recent months, thanks to weddings in my family being like buses: none for ages and then two come along at once.

I got married at the end of March. Our honeymoon comprised a week in Orlando and then a Caribbean cruise.

My brother got married in July. He and his now-wife chose Aruba in the Caribbean as the location for their sun kissed day, and I was among a small group of family and close friends invited to join them for a fortnight in the sun.

Both, in differing ways, presented challenges when it came to managing my symptoms.

Beforehand, I was struggling to wonder: would I manage to get through each day? How would I cope with the ‘excitement’ of Orlando? Would we get to do all the things we hoped to do on our honeymoon. And, for my brother’s wedding, would I manage to summon the energy to make it through the whole of their big day in such intense heat.

In summary, it wasn’t always easy, but by trying to be strict on myself, I did it. 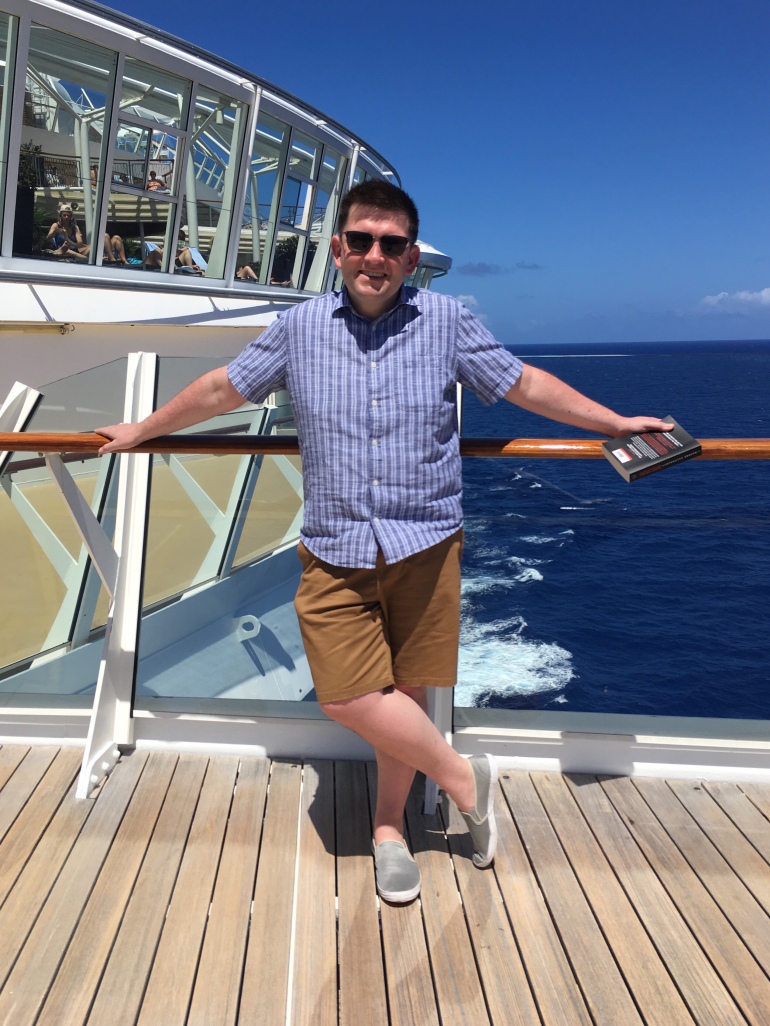 One of the hardest things was listening to my body. For our honeymoon, we’d just got married – itself an exhausting chapter – and now here we were in an entertainment hotspot. I felt an obligation to not be a ‘burden’ on my husband, to hold him back from enjoying all this Floridian metropolis has to offer. Indeed, it was this self-imposed expectation and obligation that threatened to cause the most harm – as I am still not good at listening to my body.

In reality it worked out well. And there are some basic tips I thought I’d share with you.

First up, we planned nothing in advance. It would have saved us a lot of money to pre-book theme park tickets, for example. But I know, from repeated experience, that over-planning places a heavy burden on me which can exacerbate my symptoms. Instead we took it one day at a time.

On day one we did visit a theme park. We took it slowly. We felt no pressure to achieve any target. If it was one ride, that was fine. If it was two, that was great.

We managed a morning there, and then I spent the afternoon back in the hotel room laid flat, occasionally dozing, and then we headed out locally for an early dinner before an early night in bed.

That, broadly speaking, proved to be an effective template. For me, ever two or three days I didn’t feel able to do anything at all, so I stayed in the hotel or local coffee shop reading a book or a newspaper.

A couple of nights in the week we ordered takeaway pizza to our hotel!

I found, towards the end of the week, the thought of the crowds at a theme park simply too overwhelming. So, instead of a possible Disney day, we chose the much quieter Sea World. It worked nicely.

Our second week was what is fast becoming our favourite way to take a holiday: a cruise. This time the Caribbean. That template of a morning strolling around the ship or on a port day taking an hour or two ashore was ideal. We didn’t take any trips so I wasn’t locked into a schedule. After lunch I’d rest in the cabin. We’d do an early dinner and then generally sit quietly in a bar. A few times I really wanted to see an evening theatre show but it felt too much, so I simply didn’t do it.

Again, that guilt of feeling like I was holding back my husband’s enjoyment took over my mind – but his reassurance was just perfect.

As a honeymoon, it exceeded all my expectations. Interestingly, as a non-sun person, I found short bursts of sunshine physically restorative. It was quite noticeable and surprising. I’m not good with heat and humidity, but those morning outings – whether a short stroll on board or a trip ashore seemed to do me good. 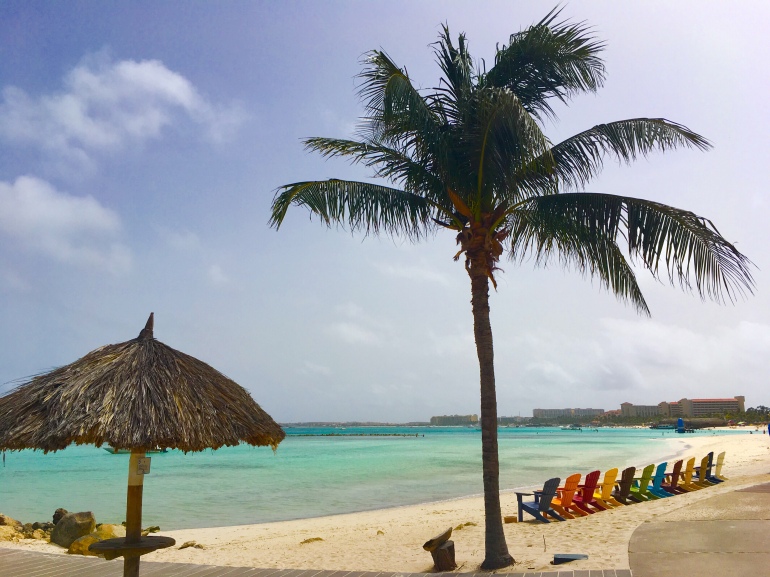 And then there’s my brother’s wedding. A fortnight in Aruba.

He was brilliant at making clear he wasn’t expecting us all to do things as a group, so that Orlando template worked well again. A morning stroll to a coffee shop to read a book, perhaps an hour on a sun lounger. And then an afternoon laid on my bed, often including a doze, before an early dinner.

On a couple of nights I then made it out to join others for a drink. But most nights it was TV in our room!

Come the wedding day itself, the ceremony was 6pm followed by a meal and then drinks and entertainment on a nearby pier.

I made sure both the day before and the day of the wedding were even lower key – and I made it out from 6pm to 11.30pm, exceeding all my expectations.

The next day was a write-off and the rest of the trip was even lower key – but that was okay.

I ended the holiday in quite a lot of pain, from head to toe, and noticed my vision fading as I tried to read a book on the final day. But, on balance, not bad!

I can offer no useful tips about air travel. I’m not great at sleeping on planes. On the way home I even tried taking three Diazepam tablets, but that only knocked me out for an hour or two!

At the airport we took everything at half pace both heading out and returning home. There’s a temptation to rush from A to B but remember: your seat is reserved so there’s no need to pile on with the crowd!

My overriding take-home from both holidays is to banish expectation, banish plans, and absolutely listen to your body. There’s that in-built worry of letting others down, but that worry is pointless as it doesn’t change anything… so why do it!

I know that’s easier said than done, but it’s true.

This, of course, is my experience. Everybody is different. Indeed my own experiences will vary depending on where I am at with my symptom management. If either of these holidays were in the middle of my boom and bust cycles, it could be a different story.

I’ve found taking some trashy books with me to force me to try and stop and relax was useful, as switching off doesn’t come easily to me.

I’ve also found reminding myself of the restorative effects of the sunshine a helpful way of trying to appreciate any given moment.

And I took lots of pics on my phone along the way – a lovely way to replay the trip and re-ground myself in that different pace that comes with a break away from home.

The downside? That mountain of laundry!